Born in Belfast, William Henry (‘Harry’) left school at 14 and apprenticed as a fitter with the Ulster Weaving Company and ended that career with the aircraft company Short and Harland.

Brought up in the heart of industrial Belfast, it was Harry’s joy to escape to the Lagan Valley and the then beautiful Glens adjacent to Belfast, walking there with his tin of watercolours in his pocket. He was later to switch mainly to working with oils.

Entirely self-taught, Harry’s own traditional style emerged. He was a fast, exciting painter who loved working outdoors, challenged by the ever-changing elements. In the early years, he painted part time, always dreaming of making it his profession. He was elected an exhibiting member of the ulster Academy of Art (now the Royal Ulster Academy) in May 1947 at the age of 23.

Harry finally left industry in 1965 to fulfil his dream and never looked back. Unlimited time enabled him to travel with freedom to his favourite haunts; The Lagan Valley, Antrim Coast, Mournes, and the West of Ireland. He particularly loved Donegal where the landscape matched his imagination. He went out every day with easel and paints, crossing bogland, discovering quiet spots at river banks, wonderful beaches, wild seas and high mountains. The easel was often held steady with heavy stones tied to it.

His work sold in many galleries, and other special commissions resulted in his work travelling across the world with private collections in America and Australia in particular.

Harry was a popular and prolific artist in his lifetime, with his work being enjoyed as much today as ever. 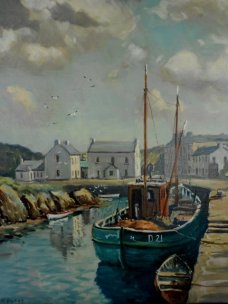 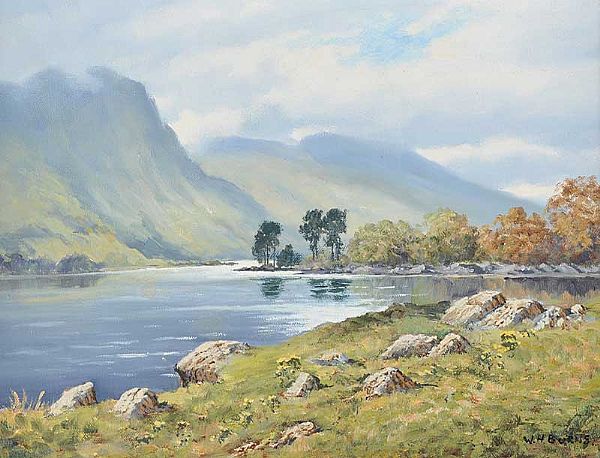